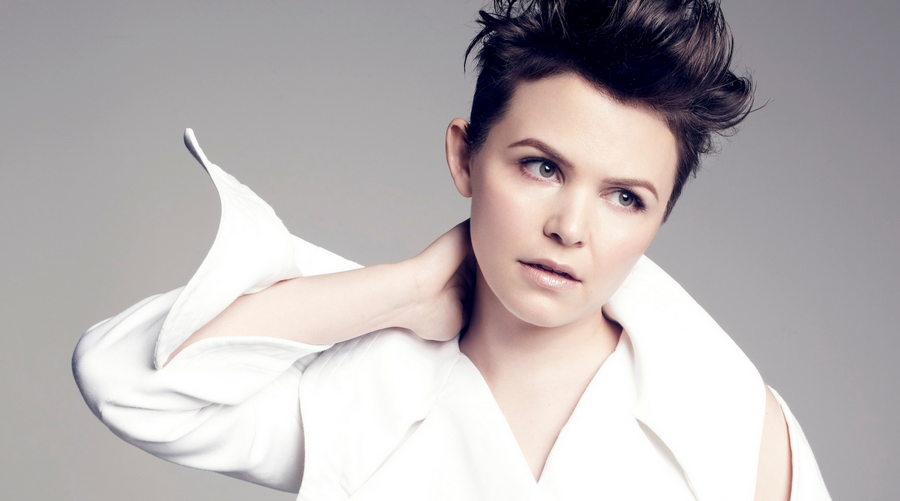 At the end of June, we were able to meet Ginnifer Goodwin aka Snow White in Once Upon a Time, at the event The Happy Ending Convention III organized by our partner People Convention. You can read our interview with her now.

Hi. Thank you for taking the time. In 2003 you played Connie (she laughs) on Mona Lisa Smile after 2 years acting on television. How was the experience?
It was the greatest first film ever. I really learned about life on set during Mona Lisa Smile because the tv job I had prior to that I would come and go. So Mona Lisa Smile was my first big job, the first character that I focused on, that all of my life was about for about 6 months of that year. And I got to work with some of the greatest actors and actresses in the world so it was very educational and formed who I am in many ways.

Then, in 2006. You’ve been chosen to portray a character in the HBO show Big Love, you played her for 5 years. What did you enjoy the most about it?
Big Love was the job of my life. I feel like on that one I learned so much about digging my elbows and growing and changing with the character. Which I had never really understood what that meant to have a character that would … it was 5 season show but we shot on 7 seven years. And to watch the show as it aired and decide how to make changes as we were in it was really inspiring. I loved that cast so much, we were like family. I feel like if Mona Lisa Smile taught me how was life on set, Big Love for me was about team work, being part of a team.

Now let’s talk about Once Upon a Time. Snow White is a fairy tale character, she has been represented in movies, anime, books and democratized by Disney. Was it difficult to portray such an iconic character ?
I found it a lot more freer experience that I expected it. Jumping in I was ecstatic to have the job but I did expect to feel limited by what other people have done portraying her before. Because I didn’t need to justify especially the Disney Properties, I needed to justify the version of Snow White that was already, you know, commonly accepted, well known. Because it was supposed to be a continuation of the story for instance the Disney one opposed to a complete rewrite. So I expected it to feel limited but I didn’t because the writing was so good. They were able to validate that the version of the story we were telling, was everything that happened off page but then you can watch the Disney movie and say « Yes I can see how these are still the same woman ». But the Once Upon a Time version is just flashing around and filling the blanks.

You had the chance to interpret different versions of your character : Snow White, Mary Margaret, Evil Snow White … Should be interesting for an actor to have this diversity in one show?
Yes. It was like playing different characters on one show. And it was interesting to realize … (she doesn’t end her sentence). We all thought that our fairy tale versions will end up on sort of photography negative of the characters in StoryBrooke but that didn’t end up being the case. Characters were all real and messy and not necessarily just opposite extremes, they were characters of people. Except maybe when we went evil. We (she laughs), we did get to go a little further in how we played them when they were cursed in that way. That was really fun, I really would have loved to do that for a lot longer.

Once Upon a Time’s adventure ended in 2018. You agreed to come back for the finale. What do you think about the ending?
I love the ending. The goal was to give the Evil Queen her happy ending. That was always where we were heading. I think Lana Parrilla’s portray of Regina was sooo gorgeous and perfect. In the beginning we never could have seen that we will really be ruling for her by the end but I think as audience members we did. So I was really moved shooting this final episode and final scene, especially Lana’s character get everything she ever wanted.

Since you left Once Upon a Time you did a play called Constellations. Can you talk about that experience? Did it feel good coming back to theater?
It did. It was terrifying. Constellations, I think, it was very important for me to take part in that for my soul. Cause I haven’t been back on stage in 10 years. And I missed theater desperately. In the end, coming from Once Upon a Time it was important for me to play a character like Marianne. So I got a lot out of that in terms of my process and in terms of creative satisfaction. It was just lovely to do something live. To have to be about the experience in the room with each audience, each day and night. As opposed as being something as big and loud and worldwide as Once Upon a Time. (She laughs).

Theater, movies, TV shows …You also voiced animated characters several times, including Zootopia. What do you like about voicing animated movies ?
Oh my Gosh, you can just go so far with an animated character. I mean, you are the product of editing and directing. Just a very different experience than doing something live in front of a camera but playing Judy was such a thrill. I’ve always wanted to be a Disney specificaly a Disney animated character. But you can try anything in animation there are really no boundaries that you have when you play live action character. And whatever doesn’t work, they just not gonna use it anyway so it is just great funny.

Regarding public apparences… It’s the first time we see you in a Convention in France. What do you think about the event ? What decided you to come and meet your fans this year?
We never did any conventions at all my husband and I until two weeks ago. We went to our first convention in Birmingham, England. This is our first time doing a convention in France and I think that before we were just so tired because we have two very small children and we’ve done a lot of traveling. And we just sort of come out for air, missing the show and missing the cast, it is just a perfect year to jump on board.

So now, let’s talk about your actuality. This year we will have the chance to see you in two anthologies: The Twilight Zone by Jordan Peele and Heartstring. Can you talk about these characters and the directors?
Yes. I worked with an incroyable director Mathias Herndl on one episode of Jordan Peele’s Twilight Zone. I like to think I only take jobs that I’m obsessed with. I felt like the way that I just described my character I was just taken by the shoulders and watch to the edge of a cliff, pushed off and they filmed what happened when I fell. I had two weeks, it felt like drama school. Actually back in Vancouver, back in some of the locations where we headshot scenes from Once Upon a Time. So that was an incredible experience and terrifying because some places were very dark places. And Heartstring which I shot for Dolly Parton which will be released on Netflix this year was also so creatively satisfying because I got to, along with Kathleen Turner, turn the song These Old Bones into an acting 40’s drama. Also something I have never done before and it makes you feel very good that episode/tv movie whatever you might call it and right now I’m shooting another series for CBS All Access, it’s called Why Women Kill and I’m doing that for Mark Cherry who created Desperate Housewives and because it’s on a streaming network goes to darker depths than he was able to go before.

If you missed it, you can find our already published interviews with Lana Parrilla and Josh Dallas.