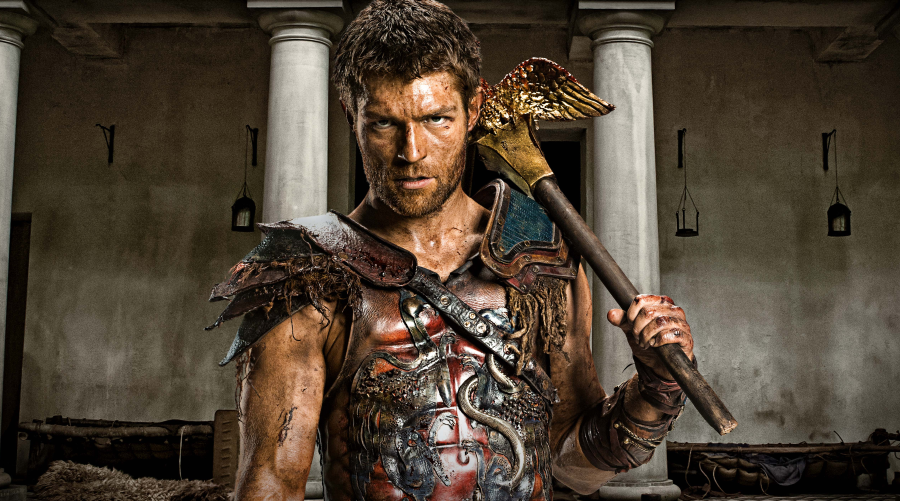 We had a chance to meet with Spartacus’ star Liam McIntyre and ask him our questions during the fifth and last edition of People Convention’s Rebels Sparctacus. The event, which took place on October 6th and 7th at Hilton’s hotel Roissy Charles de Gaulle marked the 5th anniversary of the end of the show.

Spartacus ended five years ago. If you could do one scene again, which one would it be?Probably the first episodes I was in because I have learnt so much since then, professionally and personally. Before doing Spartacus, I had done nothing but some plays and short films, then I had been casted for this wonderful project in this incredible world. I did everything I could, but nothing is as good as experience so yes, even if I liked all the scenes I was in, I think it would be interesting to see what I could do now that I have more experience, what I would do in a different way, or not.

Spartacus is an iconic character. Was it hard for you to play the role of an historical and legendary character?
Oh yes, for several reasons, especially because I took over from Andy Whitfield. We all thought he would get better but finally… it’s the kind of thing you can’t control, so I wanted him to be proud as he couldn’t do it anymore. I was a little nervous regarding the writers of the books who wrote on the character, regarding the writers of the show but also regarding to Kirk (Douglas, who played Spartacus in the movie) himself… All of them made Spartacus who he is, them and history of course. But it was interesting to see how they created the character and I tried to follow their path and put a little of myself in it too. It was interesting and intimidated, but also exciting.

How playing Spartacus changed your personal life?
Haha! Playing Spartacus changed my whole life, in every way possible. First of all, I got to play in movies thanks to it. I can now earn my living being an actor. My whole life changed but I hope I am still the same, because success and these opportunities can change a man in many ways. I’ve always been proud of the man I was because of my mother and the rest of my family and I am so scared to change. I hope it’s not the case. So yes, it changed my life a lot, but not me. I hope not.

Did Spartacus, the character, made you aware of values such as loyalty of these kind of things?
In some ways, it did because these values have several facets and some of them can only be explored in a particular context. But I think you need to have a part the character and his values in you to play a character like this. Of course, you can play characters which are completely different from each other : for example, I wouldn’t say I am a bad guy but I loved playing the Weather Wizard in The Flash because he was so different from me. As regards of Spartacus, my friends and family have always told me that I was an honest person who follows the rules… a boring guy haha! Loyalty has always been something very important to me, such as being protective with my loved ones. Actually, I think they casted me regarding to the person I was for Spartacus. Even if I will never be as good as he is, he is someone I would like to be. When I see Todd (Lasance, who played Ceasar), I think it was the same : it seems obvious the was meant to have the part, same for Craig (Parker)… not that Craig is mean! But  he has some prestance, some charisma that makes him being easily spotted and that’s what they needed to play Glaber. It’s funny because I don’t know if I would had been able to play Spartacus in season one, for example. It is really a character that makes you learn from yourself.

Spartacus reaches with a lot of people around him (Crixus, Agraon…). Do you think some relationships could have been more exploited?
Oh yes, I think so! I admire a lot Steven DeKnight who created the series and the writers and producers. Measuring the quality of writing from a storyline is not easy but of course, we can always do better. Nevertheless, I had the chance to play Spartacus who is a very developed character compared to others. For example, I would have liked to know more about Lugo (Barry Duffield) or Laeta (Anna Hutchison)… there is so many characters which had a lot of potential. I also would have liked to know more about Nasir (Pana Hema Taylor). Of course, there are some things I would have liked to know more about Spartacus, but I’m very happy with how the story was written.

Crassus and Spartacus have a very special relationship. They have a lot of respect for each other but they are in different camps. How would you describe their relationship?
Disturbing, haha. It’s interesting. I see them as rivals, like two politics from different parties, or like two rival compagnies… but not in an hating way, because Spartacus and Crassus have a lot of respect for each other. They want to win but they admire the way the other is leading, they just have different opinions. They are two forces of nature who are opposed. They understand each other but there is all this tension and theses opinions that lead them to fight each other. You can find this kind of relationship in every good stories : for example, in Marvel’s X-Men, we would like Magneto and Professor X to be friends, but they can’t because they have too different opinions.

If Spartacus would have won his liberty, do you think he would have been able to love again?
No… I think Spartacus was on a path that could only lead him to death. He wouldn’t have been really free. He would have found a new cause to fight for and I think he knew it all along. Then, he resigned: it was okay for him not to be able to love someone the way he loved Sura, it was special between them. He could have fallen in love again, but not in the same way so its new goal was to help people and he found happiness by doing it. I really think he loved Laeta and Mira, but not like he loved Sura. He cared for them, but it was not true love…

Do you have new projects you can tell to us about?
New projects I can tell you about… actually, yes! Well, there is something you’ll know about soon, but I can’t talk about it… it’s really frustrating. But exciting! As soon as they annonce it, I will realize it’s true. It’s really cool, especially for me because I’m a big nerd. But to talk about something I can actually talk about, last year, I was on the set of a movie called The Clearing which tells the story of broken family during a zombie apocalypse. It was very interesting for me to be in this movie which put the relationship father/daughter on. It is a big action movie.