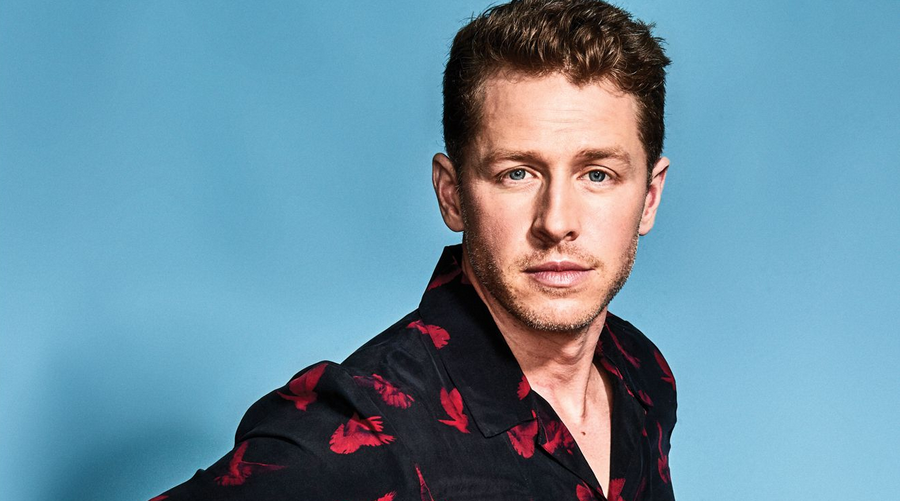 During the third edition of The Happy Ending Convention by People Convention we were able to ask some questions to Josh Dallas who portrayed Prince Charming in Once Upon A Time. Focus on this interview …

Hi. Let’s start from the beginning because you started your career on theater. Do you miss it?
I do miss it. I miss it a lot. You know, it is something that I definitely want to get back to at some point and I’ll find my way back to it. You know the theater is my first love so… I would love to come back to it.

Then, quite a change. You’ve been casted to play Fandral in Thor. How was it for you to play in such a huge production?
Oh it was amazing. I love being part of one of the first Marvel movies, introducing us to that world, into this big massive universe, Marvel Universe… So just being part of it was, you know, fantastic! To work with Ken Brenner and Anthony Hopkins, to meet all those guys, Chris and Tom… we just had a great time. I loved being a part of it I wish I could have done more of them. But you know, Once Upon a Time came up and the schedule was such that I wasn’t able to do the other movies so I had to pull out unfortunately. But Fandral will always live in my heart a little bit.

Talking about Once Upon A Time… You had the opportunity to play different versions of your character and his twin during the 6 seasons. I suppose this is a gift for an actor to show so many sides in one show…
Oh it is a gift yeah. And that’s the gift of, not only Once Upon a Time but doing a long running series. You have an opportunity as an actor to show all these different sides of your character because you get to spend so much time with them and they constantly change and they constantly grow from season to season, from episode to episode… So you really have a unique opportunity that you don’t get when you’re doing a film or a piece of theater where the character is really… he has room to evolve, he has a landscape, he is able to lay roots down and grow and keep going on different directions. Of course with Once Upon a Time, we went in SO many directions with all of the characters but it was fun. I wish I could have done the evil side, I wish I could have explore James a lot more. It wasn’t just the way we were going with the story but who knows maybe there is a spin-off (Laughing).

Once Upon a Time ’s adventure ended in 2018. You agreed to come back for the finale. What do you think about the ending?
I love the ending you know. I thought it was fitting for the characters. Particularly if you go back to the end of season 6, I think those endings for Charming and Snow that was the right way that it should have gone ‘cause if they wouldn’t have got their happy ending what would have been the point of all that hope that we all had, you know what I mean? I think that’s the point of hope, that you hope one day that it will come about, that you will get your happy ending. So I’m happy that they did because boy they went through a lot. And you know the come back to the finale was such a joy. It was so nice to come back and see everybody for that brief moment, for a couple scenes. Yeah I loved it, I loved coming back. And I thought it was a great ending.

And finally, Manifest. Can you talk to us about your character Ben Stone and pitch the show for those who don’t know it yet?
Okay so Manifest: a plane goes missing 5 and a half years ago, all of a sudden it lands again but no time has passed for the people on the plane. That’s what we jump on. So it has this high concept idea of this plane disappearing and coming back. But it’s grounding in this very real family drama. It’s about this family trying to figure out how they go forward, how they rebuild, if they can rebuild. And what happened to them? Trying to figure out the mystery, this great mystery of this plane disappearance. So it asks a lot of questions about morale, about marriage, about relationships, about family. What’s important? What matters? As well as having this very cool very intriguing mystery on top of it all. That’s Manifest. I play Ben Stone, he is a passenger on the plane that comes back after being gone for 5 years and a half, of course no time has passed for him. And he comes back into a world that is very familiar and looks all the same but couldn’t be more different. He’ve missed out 5 years and a half of his daughter’s life, 5 years and a half with his wife and she moved on to someone else. And it set this all new relationship. There’s a lot happening. So he and his sister Michaela were on this flight and they are kinda have each other. They are going through this new world trying to figure out how they fit in. Ben is a mathematician, he is very pragmatic. He is very smart, he is very quick, he is very … (he is searching his words for a while) pragmatic. I think this is a good word for him. And he is gonna try to figure out the best he can, the answer to this mystery as well as trying to piece his family back together. And as we are going to the second season I think, because they now have this death date when they are going to die : June 2nd 2024, 5 years and a half after they left, and you know he is pragmatic, that he is gonna make provisions for that and he is gonna prepare their death, his death but he is not gonna fully accept it. So he is gonna continue to keep going forward and following out the mystery as well as saving the passengers as well as trying to save his family’s life. He is like Moses. (Laughing). So he’s got a lot going on.

In your opinion, what makes the success of Manifest?
One: the mystery. And two: the relationships and I think that comes out much like Once Upon a Time. At the end of the day it’s about the relationships between the characters. And with any tv show, if as an audience you don’t fall in love with these characters, then you never going to tune and keep watching. And I think what our writers have done so brilliantly is that they brought these characters in the full front and you’re really grown to know them, to fall in love with them and you want to spend time with them. So I think it is ultimately the success, it’s down to the characters.