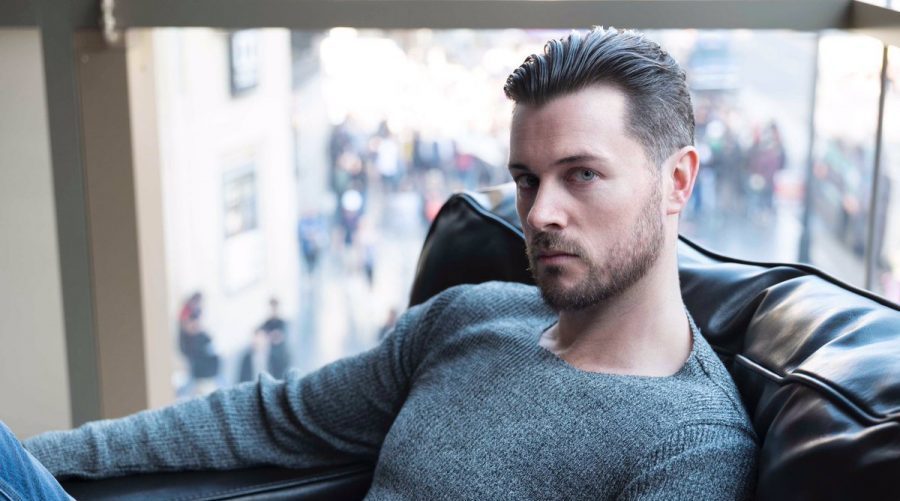 Few months ago, we were at the Rebels Spartacus IV at the Hilton Roissy – Charles de Gaulle and we had the chance to ask some questions to Dan Feuerriegel the actor who plays Agron in Spartacus. Today, the show celebrates its 5 years and it’s the occasion for us to reveal our meeting with Dan.

The first time you read the script, what made you want to play Agron?
At the beginning I auditioned for Crixus’s part… It was around January 2001 and of course I didn’t get the part. But 4 or 5 months later, I auditioned for Agron. I was really a cool and fun audition. I got the part but it’s only when I went to New-Zeland and read the script that I told myself « Wow that’s actually really cool! » At first, I didn’t know about what the character will look like. In fact, it’s when I saw the trailer that I started to get really excited about the whole thing. It made me think about the movie 300, and I told myself « My God, I’m in this production », I was really happy.

What do you like the most about our character?
I like the fact that he is so loyal. He is really really loyal to Spartacus, but also to the memory of his brother. I really think that his two greater qualities are honorary and loyalty. This is what I like about him, he is not here to stab anyone in the back, he is here to follow his heart. When his brother died, he went through tough time but Nasir was able to fill the emptiness in his heart with love.

Can you give us a anecdote about the famous training camp you all had to go to before the shooting of the show?
Ooooh… Well, it was a four weeks training, four hours a day with weekends off. It was so long and exhausting. The exercices were really intense. We were all together and pretty competitive in the end (laughters). It was like: who will be the best. Well, when the girls came, they mostly knocked us all out. I don’t remember anything in particular but I know it was really wearing.

Agron and Nasir are an iconic couple for the fans of the show. What’s your opinion on that and were you expecting such success?

Quite frankly non, I did not expect that. When you are a part of something like that, you never know how it will be received by the audience. I didn’t know how the fandom would react. I just did my job and brought to life a character the best I could. For me, it was just a guy who happens to be in love of another guy. The response to it was awesome. When you see all the love it brought when the episodes were broadcasted, it’s fantastic. I will always do my best to play a character, whoever he was, and always with the most respect possible.

Were you surprised when you discovered that Agron and Nasir will be the last to survive at the end of the show?
Not necessarily surprised but super excited by the idea. I was kinda suspecting that actually, because Stephen DeKnigh, the creator of the show, told me pretty soon that it was really likely that my character would survive. So I didn’t know about Nasir, but I knew my character would. Stephen wanted to have one survivor from the first season. And I loved it! It was a really beautiful moment for the survivors and a magnificent symbol of these two characters’s love who leave with a lot of hope and a new life ahead of them.

We could see you in The Agents of S.H.I.E.L.D. How would you describe this experience on a project that have nothing to do with Spartacus?
It was awesome! Especially the make-up moment. I had to be there for like 10 minutes instead of at least one hour on Spartacus. More seriously, it was amazing because a lot of executive producers of the show were also working on Spartacus so I was thrilled to meet them again. It was super fun.

Were you interested by Marvel Universe before that?
Well, in fact I wasn’t a big fan of the whole super-heroes thing, but I like all the energy of the fandoms and I can say that it’s a really great universe, I loved to be a part of it.

Can you talk about the non profit organisations you are engaged in?
There are a few. First, Live in, it’s an australian non profit organisation that fight against the fact that it’s unmentionable for a man to talk about his weaknesses, physicals or mental ones. Man always try to keep this image of strength but it’s not necessarily a good thing. So this organisation helps the men to talk more easily, that they were not afraid to confide themselves because in the end, it’s to be open and honest that make us men. Of course there is Kitty Crusaders, it’s based in Los Angeles and they rescue mistreated and abandoned cats. They take care of them before putting them for adoption. There is a non profit organisation against bullying that I support. I like to know that the kids are informed on what bullying is, because those kind of things are serious and shouldn’t happen. And… what else… I support a lot of them (laughter) Well, these are the three biggest organisations I support, I’m not used to spread out all I do in terms of charity. Sometimes I discover an organisation that do something that I like and I donate, for example this year, I gave after some of the natural disasters.